Pc Mark Johnson whose dogs died after being left in a car for seven hours in a heatwave had 'forgotten' about them, Nottingham Magistrates heard today.
The prosecution allege that he failed in his responsibility towards the Police Dogs in his care, which led to their sufferring and death.
The Court heard that at the time of this incident Pc Johnson was sufferring from depression and an obssessive disorder.
PC Johnson arrived at work at 6.44am on June 30, 2009, and returned to his dogs at 2.20pm the same day. His car's windows closed and there was no water for the dogs.
Pc Johnson had failed to adopt his normal routine in removing his dogs to a more suitable environment and had forgotten about them. 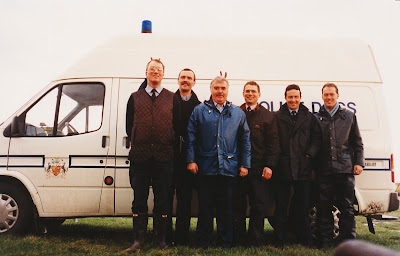 A training course where I sprouted ears!
Posted by Dave B at Thursday, February 18, 2010 1 comment: 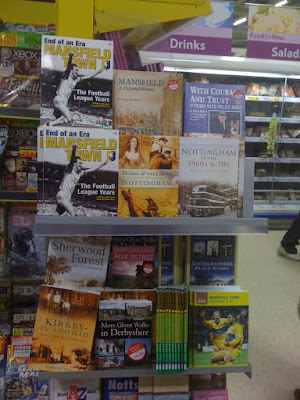 A Nottinghamshire Police dog has died just days after being praised by a judge for tracking down a burglar.

Troy and PC Lambert tracked burglar Alan Willetts for two hours as they followed a trail of clothing and discarded property from a burglary in Sutton-in-Ashfield.
The 5 year old dog died from a spleen condition and a tumour on the heart
Posted by Dave B at Tuesday, February 09, 2010 No comments:

This has been attacked as a waste of money and Police time, being purely a PR exercise. I believe anything that encourages community enagement should be used and is of value, especially in the face of bad publicity which always makes headlines.
Posted by Dave B at Sunday, February 07, 2010 No comments: