Thanks to John for this one 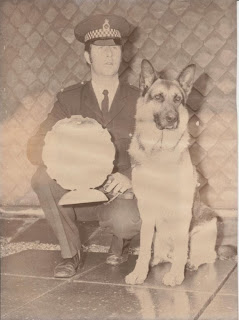 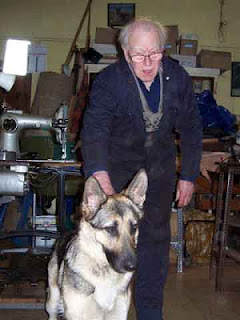 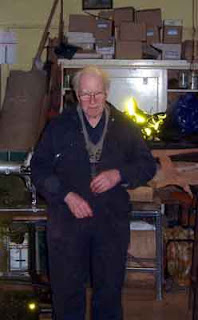 Many police dog handlers will remember Bob as the saddler & leather worker who, for almost 65 years, supplied police dog sections all over the country with the leads, collars, bite sleeves and all the other bits and pieces required.  Bob and his wife Kath always had a warm and friendly welcome for any police dog handler when they called in to 'Rec Road' to collect their orders.
Bob died peacefully in his sleep after a long illness at 3.15am this morning, (14/6/13), he was 88 and a half years of age and continued working until shortly before he died.
Funeral arrangement have not yet been arranged but will be posted on the Surrey Police Retired Comrades site,(http://blog.old-and-bold.info) when known.
Bob's wife Kath passed away three or four years ago but his son Robin continues the work Bob was part of for so many years.
Another sad loss to the police dog family.

I agree and thanks to Denis, retired Surrey Police Dog Sgt for this information. My condolences to his family.
Posted by Dave B at Friday, June 14, 2013 No comments: 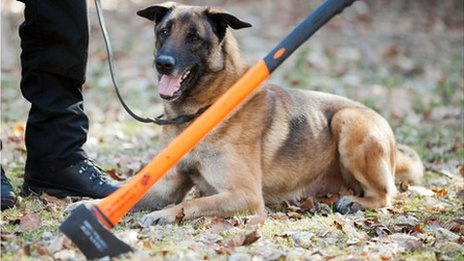 A man who drunkenly brandished an axe and threatened to hurt a police dog has been jailed.
Rossi the dog jumped 8ft (2.4m) and grabbed the axe from Adrian Dowdall, then dropped the axe and held his arm to stop him getting away.
Dowdall, 36, of Bentinck Close, Boughton, Nottinghamshire, has been jailed for 160 days
He pleaded guilty at Nottingham Crown Court to having a bladed article in a public place.
The court heard Dowdall had drunk between 10 and 15 cans of lager at a friend's house the previous afternoon.PC Rogers was patrolling on 24 November when he was asked to attend Bentinck Close, in Boughton, at about 05:15 GMT.
"He made threats to harm the dog. He kept coming towards me and held it aloft in his right hand in a threatening manner."
PC Rogers then deployed Rossi.
"The dog has leapt up, taken hold of the axe, spat the axe out and detained the male... got hold of him by his left arm," he said.


As explained to me, "This dog may look like a goat but has the courage and teeth of a lion".