Pc 260 John  Rebaudi with Notts Police Dog Wotan..      John joined the Derbyshire Dog Section in 1969 on promotion from Nottingham  County Police.    He took charge in the early years of amalgamation of the Derbyshire and Borough Police.   He  introduced Night training along with  other good  sound training   methods.  He left the section after some years on promotion by which time it had increased in size. 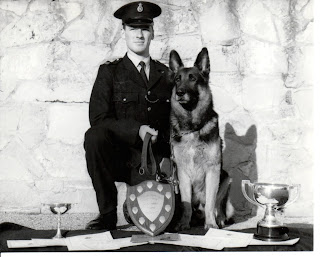