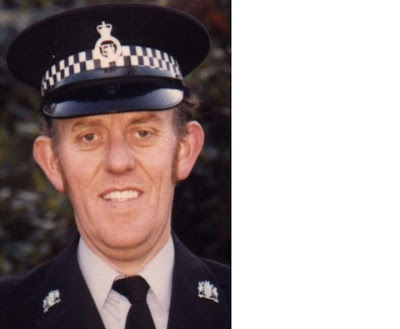 It is with some sadness, for those who knew Dan, I have to inform you that he died yesterday. His funeral arrangements will be notified by Notts NARPO or for those who wish, can contact me via my e-mail address.
RIP friend and colleague.
Posted by Dave B at Saturday, January 30, 2010 1 comment:

Having read the recent article in the Daily Mail regarding the Security Dog Handler whose two dogs died in very similar circumstance as those in Nottinghamshire, I wonder if this has set a precedent? The Court case against Pc Johnson is set to be heard in February.
Posted by Dave B at Friday, January 29, 2010 No comments:

Offence against a Police Dog

It is nice to see that in Sonora California a specific offence is on their statute, whilst in the UK offenders were charged (as far as my memory goes) with Cruelty or 'criminal damage'(would you believe)

Chapter 9.38
OFFENSES AGAINST POLICE CANINE UNITS
Sections :
9.38.010 Unlawful.
9.38.01 0 Unlawful.
It is unlawful for any person to maliciously torture, tease,
torment, beat, kick, strike, mutilate, injure, disable, or kill any
dog used by the city police department, or in the custody of
said department or its designated handler(s), while any such dog
is in the performance of its functions or duties of the police
department, or to wilfully interfere with any such dog while it
is being used in the performance of any of the functions or
duties of the department. (Ord. 556, 198 1 .)
(Sonora
Posted by Dave B at Saturday, January 23, 2010 No comments: 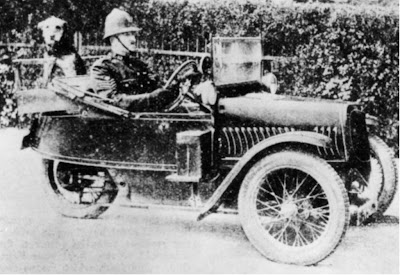 With courtesy of John Barrett (Doggy Tails from East London)
Posted by Dave B at Sunday, January 17, 2010 No comments: 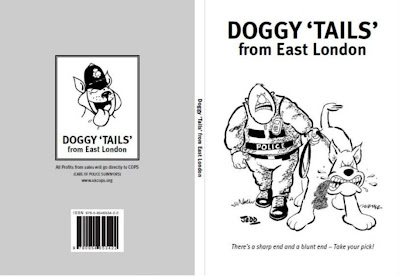 I am looking forward to reading a copy.
Posted by Dave B at Sunday, January 17, 2010 No comments:

This is an extract from an e-mail I have received, I fully support the charity mentioned and hopefully I will be able to publish, with consent more details, including contacts, for this book and 'Care of Police Survivors' charity.

'My name is John Barrett and I retired from the Metropolitan Police in 1982, I served as a Dog Handler in the East End of London.
A group of us have just published a paperback called "Doggy 'Tails' from East London".
It is made up of true stories between late 1950s and early 1982.
All stories are meant to bring a smile and in no way help in training dogs or how good we were as coppers,
All profit is going to COPS(Care of Police Survivors),it is priced at £4.99,

Original cartoons are by Jedd,'
Posted by Dave B at Saturday, January 16, 2010 No comments: 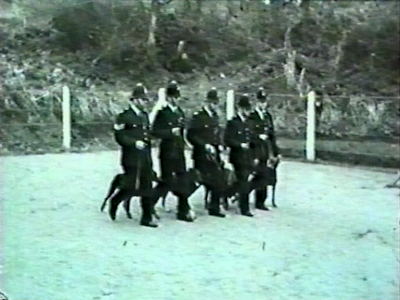 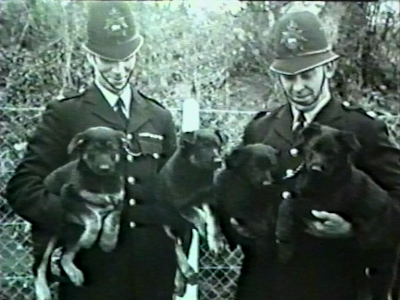 Sgt Harry Darbyshire and others Surrey Police circa 1951 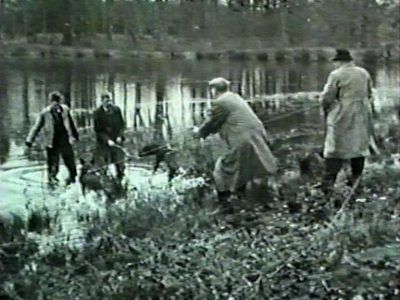 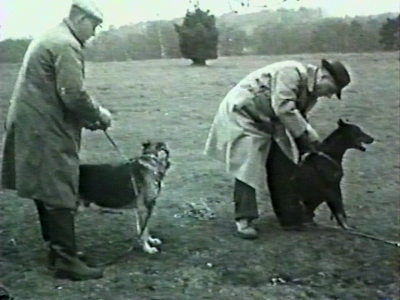 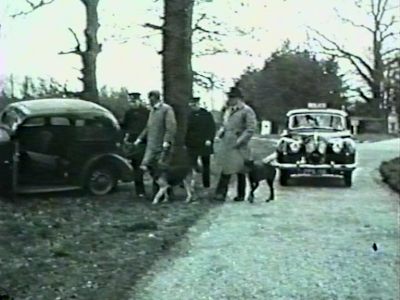 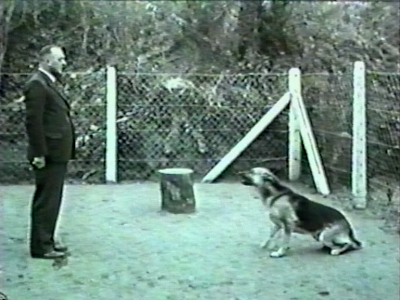 With Courtesy once again from Tony More
Notice headgear denoting rank!
Posted by Dave B at Monday, January 11, 2010 1 comment:

In 1973 a Dartford policeman/doghandler helped me out. My girlfriend (Gracia) and I had a motorcycle accident coming into London on the A2?. He found me a job at the kennels and helped us out incredibly. I believe his name is Alec Giles. I also believe that his dog, King, won the Kent trials in 1974 or 75.
Is he still around? I believe his daughters should be about 56 and 49 yrs. old.
I just wanted to make contact and let them know we're doing well, a father...Grandfather...Art teacher/fisherman in Alaska.

As you can see I have had an e-mail from someone wishing to make contact. If anyone wishes to assist can they please e-mail me on my contact details.
Posted by Dave B at Tuesday, January 05, 2010 No comments:

According to the BBC news, Strathclyde Police have said that from 2010 new shift patterns and better ways of working would allow it to cut the number of dogs and handlers by half. The officers affected will be able to redeploy to other areas of the force. They will also be offered the chance to keep their dogs.
Any surplus dogs will either be sold to the public or to other police forces throughout the UK.
I dare not publish my views and as for selling police dogs to the public, then I despair.
Posted by Dave B at Sunday, January 03, 2010 No comments: