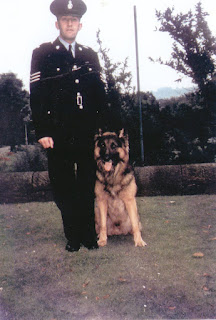 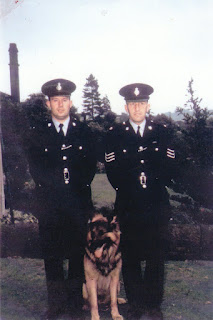 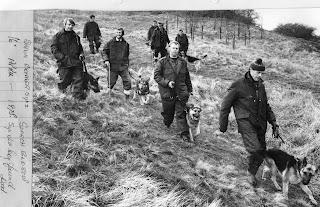 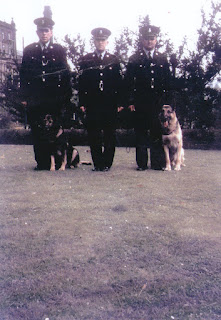 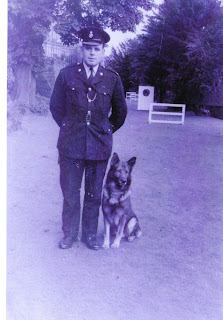 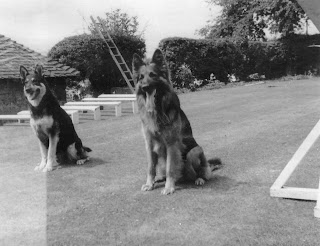 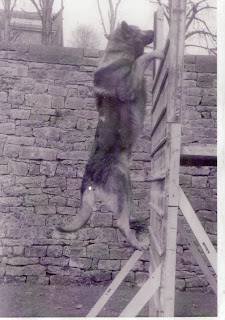 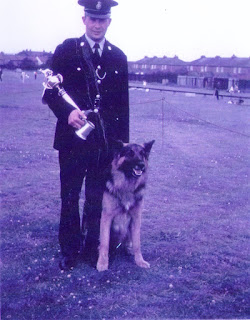 At  the Derby Borough PD competition----  Prince won award for the highest scale with a scramble of just over thirteen feet - handler D. Hollands' 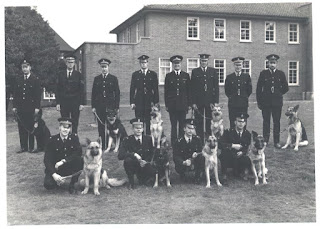 Standing back row left to right – number two is Ex Notts Sergeant Beeney MOLLER one of the instructors,     In the centre is Inspr. Jack Howells.        The seventh man is another course instructor Constable Derek Smith (Staffs)     Front row  left to right first man in is Peter Hallam with Police Dog Blue.

Once more, thanks to Don and Peter Hallam for this photo.
Posted by Dave B at Monday, August 13, 2012 2 comments:


A DOG show in memory of a Notts Police dog handler has been postponed.
The Ged Walker Memorial Dog Show was to be staged for the ninth time at West Park, Long Eaton.
But organiser Janet Wesley said an inspection of the field with Erewash Borough Council has deemed the ground too wet to use safely.
The show is now booked for Sunday, September 9.
PC Walker died in 2003 as a result of injuries he suffered while on duty.
The officer, who worked for Notts Police's dog section, was attempting to stop a thief in a stolen taxi and was dragged along the road.
He died in hospital two days later.
Andrew Parfitt, of Wareham Close, Aspley, was found guilty of manslaughter at Birmingham Crown Court the following year and was jailed for 12 years.
The show will raise money for PC Walker's family, as well as for the families of two Royal Army Veterinary Corps soldiers killed in Afghanistan.
Proceeds will also be donated to Help for Heroes. To enter the show call Janet Wesley on 0115 8462031 for more details.
0
0